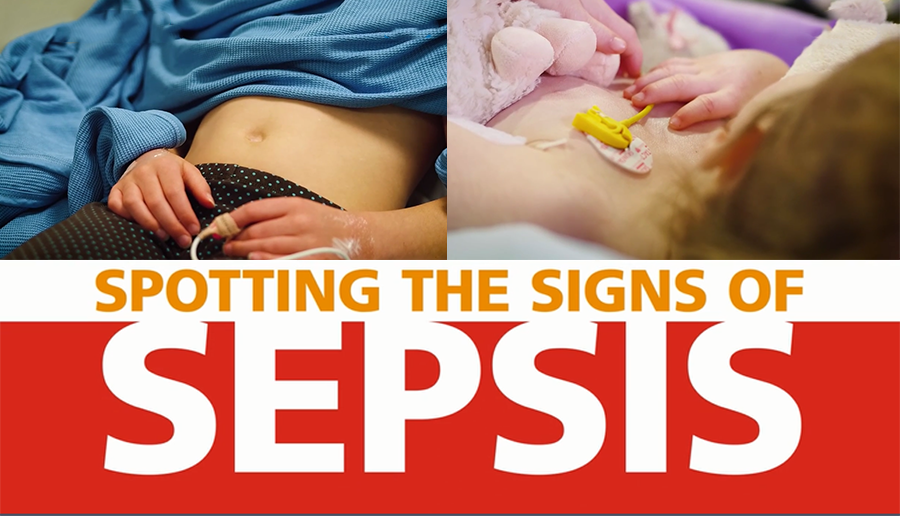 This digital pack has been designed for use by clinicians within Emergency Departments (ED).

Contents
1. Purpose
2. The video
3. The accompanying leaflet
4. Poster to promote safe discharge
5. Top tips for how to use the film in your ED
6. Internal communications
7. Social media

“Let’s embrace the complexity and apply what we know”

SBRI Healthcare awards over £180,000 to HIN-backed innovations for autistic people and people with learning disability

The Health Innovation Network (HIN) has worked in partnership with NHS England and the ASK SNIFF Safety Netting Collaborative to produce the “Spotting the Signs of Sepsis” film.  The clinical content is based on the Public Health England parental awareness campaign materials that were developed in collaboration with the UK Sepsis Trust and launched in December 2016.

The film is evidence-based, and co-designed with parents, to standardise the safety netting advice clinicians provide for parents of children under five with fever, or suspected infection, being discharged home from the ED.  It is unique in not only informing parents of what signs and symptoms they should be looking out for at home whilst their child is unwell but also showing real life examples of these.  It also provides practical tips on caring for children with fever at home.

Sepsis in children is fortunately rare, but is a disease entity that has the potential to develop over time and therefore it can be expected that there will be occasions when a clinician appropriately sends home a child who subsequently develops sepsis.  It is therefore vital in these situations for parents to feel empowered with the knowledge and confidence to recognise concerning signs of serious illness in their child, and act on their instincts, to seek medical attention again, as early recognition and treatment of sepsis saves lives.

A study by the RCPCH, published in 2010, showed that only 81% of parents contacting urgent and emergency care services for their child with fever received, or remembered, any safety netting advice.  Parents who received this information were less likely to contact medical services again in that illness.  In the ED setting only 45% of parents received advice on what to look for at home.  The importance of providing safety netting advice to parents at risk of sepsis being discharged home was also highlighted in the NCEPOD report “Just Say Sepsis”.

The film will also be publicly available on the NHS Choices website to raise awareness of the presenting features of sepsis in children under five.  This complements the written material already present on the website and will enable parents who watched the film in the ED to refresh their memory by watching again at home.  Primary care clinicians will also be able to signpost parents to watch the film online as part of their safety netting practice.

Please email hin.southlondon@nhs.net to be sent a copy of the film. Download and save to a desktop within your Emergency Department.  Clinicians can then easily start the film for parents using the link from the desktop and leave the parents to watch the film whilst they complete their documentation.

Non-English language versions of the film are being developed and will be sent out to EDs shortly to ensure as many parents as possible can benefit from the information contained within the film.

You may already have your own departmental safety netting leaflet for parents, but we have included here the leaflet developed by the UK Sepsis Trust that accompanies the video content that you may wish to you. You can download and print this locally to supplement the information clinicians provide verbally within the ED setting and that is contained within the video. It also contains the links to the video on the NHS Choices website to allow parents to watch again at home.

We have designed a poster that you may wish to display in your ED to prompt clinicians to consider the safety netting advice they provide to parents as part of a safe discharge process.

5. Top tips for how to use the video in your ED

Everyone watch
Show the video to the clinicians working in your ED so that they are familiar with its content. This will ensure that they are aware of the advice that is being recommended to parents to ensure a consistent message is spread. In parents who have represented this may help clarify the nature of the concerns that have prompted this repeat ED visit.

Dedicated space
Find a quiet space for parents to watch the video that is out of the way of the main activity within your department. This will allow them to concentrate on watching the video and ensure that they are not in the way of other clinicians and parents/patients.

Supplement with a leaflet
We recommend continuing to provide parents with a written safety netting leaflet. This is good practice as parents will not remember all the information clinicians have provided verbally or within the video. Ensure the link to the NHS Choices website is provided for parents so that they can easily access, and watch again, the video at home.

Documentation
Encourage clinicians to document in the patient’s notes when the parents have watched the video and any additional advice provided, to demonstrate that safety netting advice has been provided.

This short summary can be amended and disseminated to those working within your ED (and beyond!) to explain the role of the film.

We have developed a short trailer to be shared via the HIN and NHS Choices’ Facebook pages to promote public awareness of sepsis in children and to encourage parents to watch the full film on the NHS Choices website. Feel free to share!

We will also be using #spotsepsis to spread the word via Twitter, and have been working in partnership with @NHSChoices, @ASKSNIFF and @UKSepsisTrust. A selection of suggested tweets can be found here.

Apply your local social media strategy to manage response rates and level of engagement around the #spotsepsis conversation via your own Twitter account.