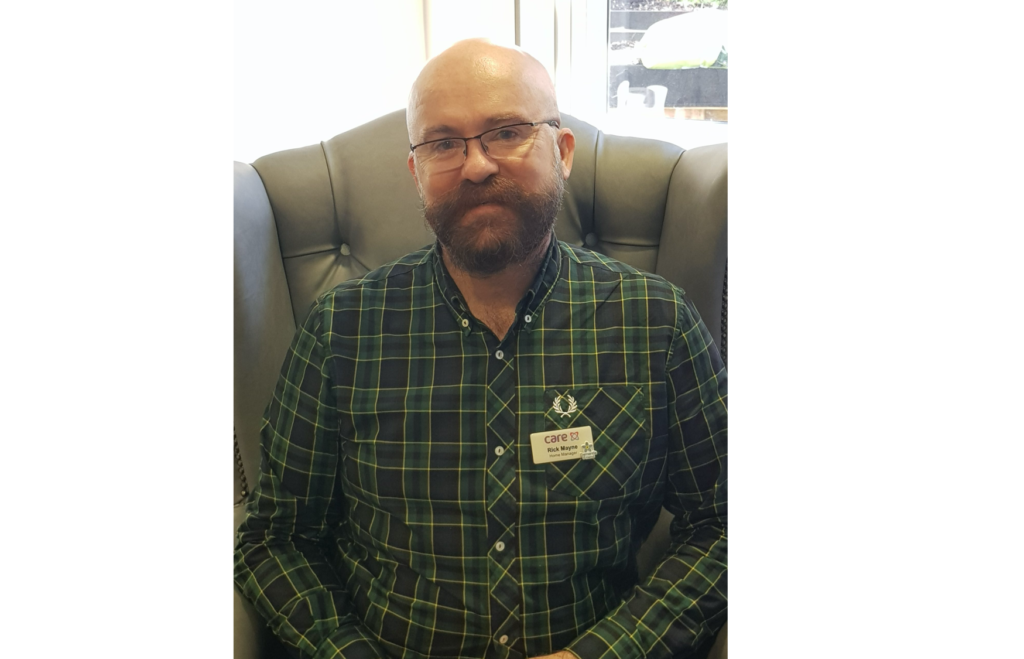 Rick Mayne is the Registered Home Manager for Sherwood Grange Care Home in Kingston, South West London which is home to more than 50 residents with varying care needs and abilities. He’s worked in the sector for 30 years, five of which have been at Sherwood Grange. Last year his home implemented Whzan to help monitor the wellbeing of his residents during the pandemic. Here, he tells us why he believes it’s been a game changer.

I’ve always been inquisitive and thought if there was more we could do.  Being a residential home our residents tend to be more stable medically, so we don’t have clinical staff like a nursing home would. However I’ve always prioritised wellbeing lifestyle and so we would do regular observations but these were kept on a closed IT system, with no automated analysis.

Listen to Rick talking about Whzan

In 2020 when the pandemic first began I got the opportunity to pilot a digital technology called Whzan that not only takes temperature, pulse, blood pressure, oxygen saturations and respiratory rate but analyses them to give me a National Early Warning Score (NEWS) which is used nationally by doctors, paramedics, and other clinicians to identify deterioration in adults. The data is put on a web based system which means it can be shared with permission on a need to know basis.

It’s been a game changer for us. The data helps set a baseline for each resident and uses a traffic light system to alert us if their observations are worse than the average normal. This allows me to ring our GP or out of hours doctor and have a more informed discussion with them over the phone so they can create a more individualised care plan, having a multidisciplinary approach. I genuinely believe this has helped keep our residents safe and well at home during the pandemic, only going to the hospital when absolutely necessary.

Listen to Rick talking about Whzan

My staff embraced it as it only took around 30 minutes of training for them and then a few minutes to get them on the system. Taking the observations isn’t onerous and they get satisfaction knowing how we use the information to look after our residents and being able to share the results with them, a real whole home approach. The kit itself is really portable, comes as a briefcase that you plug into the wall and charge and that’s it.

Usually, we do observations once a week as our residents are generally well. However, when they received their Covid vaccine we took their observations three times that week so we could reassure them and their families that they were well. For a non-clinical person, it’s been great.

Next, we are hoping to move to a point where our wider GP services and out of hours access the data. I know there will be some who say that as a residential home we don’t need this but it’s been invaluable providing reassurance to residents and their families and being able to identify early on if someone is becoming unwell.

If you’re interested in finding out more you can contact the London Innovation Collaborative programme lead Fay Sibley.