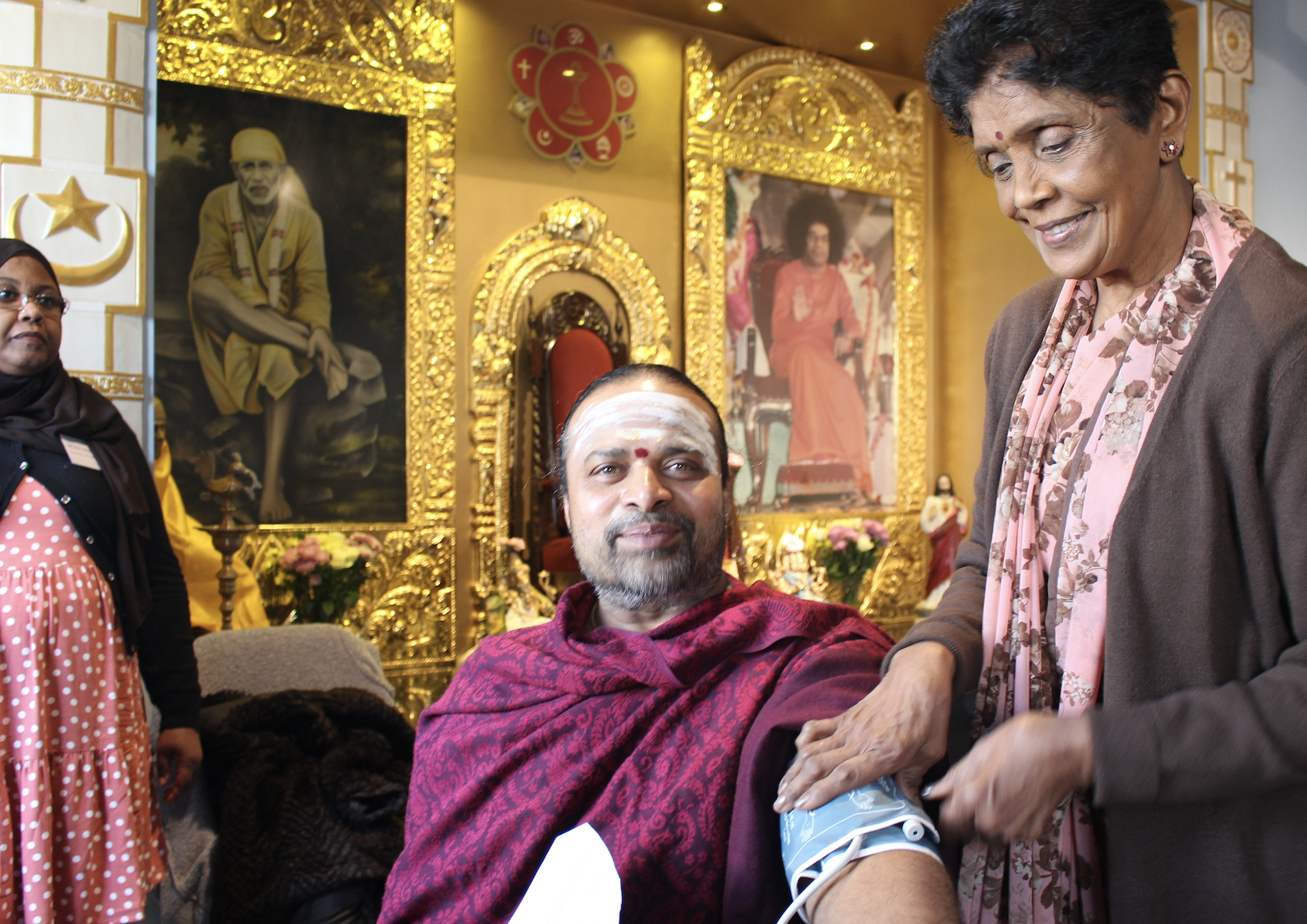 Use of hand held devices to test for irregular heart rhythm in GP surgeries, care homes and religious settings is helping prevent strokes and saving lives.

New NHS figures reveal that a four year south London programme to improve the detection and management of an irregular heart rhythm known as Atrial Fibrillation (AF) is estimated to have helped prevent 400 strokes and saved 100 lives. These figures are based on modelling and a calculated reduction in risk.

In addition, the NHS’s Health Innovation Network in south London initiative over the last four years has reduced costs associated with strokes and deaths linked to AF by an estimated £5m and lowered social care costs by £4m.

AF is the most common type of irregular heart rhythm and is a major risk factor for stroke because it makes it more likely that blood clots will form in heart chambers and reach the brain, which contributes to 1 in 5 strokes and is associated with an increased rate of mortality. It is estimated that 1.4 million people in England have AF but nearly a third of these cases go undetected, and people with a diagnosis don’t always receive treatment, resulting in potentially avoidable strokes.

The programme consists of on-the-spot AF checks by clinicians in GP surgeries, care homes and ‘virtual clinics’ in community settings such as churches, mosques and Hindu temples using handheld devices.

Shan, aged 57 from Wimbledon and a worshipper at the Shree Ghanapathy Temple in south London, had his heart rhythm checked as part of a ‘mass screening’ earlier this year. He said:
“Today I had my blood pressure and heart rate checked. Everything is normal so I’m glad to hear that. This is a good thing so you can reduce the risk. We don’t have regular health check-ups but today we were able to see if we have anything wrong.
“My family back home and relatives have had heart attacks and diabetes. So this is also good for our peace of mind.”

AF is the most common type of irregular heart rhythm and can increase risk of stroke, leaving survivors with disabling consequences. Around 200,000 people in the UK develop AF each year. Detecting AF early and making sure people are given optimal treatment – usually blood-thinning medication to prevent clots (anticoagulants) reduces the risk of stroke by two thirds. It’s estimated that the impact of newly treating 70 high risk AF patients is up to three strokes prevented, saving the health system £37,000 in the first year.

This is part of an NHS programme, delivered by the AHSN Network in England. Nationally, this is estimated to have saved the NHS £158m and £105m in social care costs.

“A stroke can be devastating both physically and psychologically for patients and their families.”Oliver Brady, Programme Director for Diabetes and Mental Health at the Health Innovation Network

Oliver Brady, Programme Director for Diabetes and Mental Health at the Health Innovation Network in south London, said: “A stroke can be devastating both physically and psychologically for patients and their families. Yet with the new digital tools available we are able to detect and manage AF and ensure that fewer lives are lost and people with the condition can continue to live normal lives.
“The HIN will continue working with its local partners to proactively go into high impact settings to carry out these vital health checks.”

Professor Gary Ford, Chief Executive of Oxford Academic Health Science Network and Consultant Stroke Physician said: “Identifying people who have AF and ensuring they are provided with the most appropriate anticoagulant therapy can significantly reduce their risk of having a stroke.

“The work we have undertaken with our partners in primary care, alongside others in both the NHS and charity sector, has prevented thousands of people having a stroke. The latest data also shows that these measures have resulted in significant cost saving to the NHS and social care, with £158 million and £105 million saved respectively”

Between April and December 2018, Guy’s and St Thomas’ carried out a total of 590 pulse rhythm checks in its community podiatry clinics using Kardia devices.
GSTT community podiatrist Monica Fisk said:
“We detected 27 people with possible AF, these patients were referred on to their GP for a 12-lead ECG to confirm the diagnoses and to initiate anticoagulation treatment where indicated. The prevalence rate in our community podiatry clinics was 4.6 per cent or 1 in 22 people tested. This is higher than what is found in the general population as we tend to treat patients at higher risk of the disease. I therefore feel podiatry clinics are good settings for identifying undiagnosed AF and this opportunistic testing was well received by our patients.”

One GSTT patient said: “I never expected to attend the podiatry clinic for a foot problem and be identified as having possible AF. If it wasn’t for that appointment I don’t know what could have happened. My GP has now placed me on anticoagulation therapy and I am ever grateful to the podiatry service for going above and beyond.”