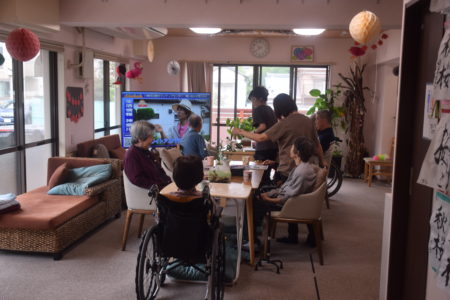 ‘Travel to learn, return to inspire’

Health Innovation Network’s Director of Operations, Rebecca Jarvis, is currently in Japan as part of her Churchill Fellowship exploring alternatives to care homes for older people. 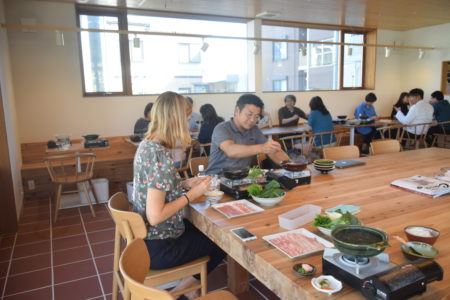 Earlier this year, I was awarded a Churchill Fellowship to explore alternatives to long term institutional care for older people. I specifically chose to focus my research on this area because we have an ageing population in the UK with increasing demand on care services. Most people say they would not want to live in a care home when they become very old but they do not consider what the alternative could be, let alone actively plan for it. They carry on living in their own home which is maybe bigger than they need, but full of memories which are hard to let go of. And then crisis hits – a bad fall, or a partner dying and suddenly they can’t manage on their own, or make it to the upstairs loo, and then what? The hospital is desperate to free up the bed for the next patient, families and friends cannot provide around the clock care and suddenly there is pressure to move into a care home.

I selected Japan and New Zealand the two destinations for my Fellowship as Japan is a super-ageing society with 28 per cent of the population aged over 65, expected to rise to 38 per cent by 2015. Since the introduction of the long-term care insurance system in 2000, a range of community based alternatives to institutional care have been developed. New Zealand has a well-developed retirement village sector with some of the most advanced regulation and legislation in the world.

But this is not all about us learning from Japan. When we hosted a delegation from the International Longevity Centre (ILC) in Japan in August this year we were able to reciprocate the learning and used it as an opportunity to showcase some of the great initiatives underway in south London to support older people to remain physically and mentally active. The delegation was particularly interested in visiting reablement services, such as the Bexley reablement team where they have demonstrated particularly impressive outcomes in terms of reducing risk of frailty, and the Nelson Health Centre in Merton where the HARI (Holistic Assessment, Rapid Investigation) team of nurses, physiotherapists, occupational therapists and pharmacists help people recover from falls and other injuries / illnesses, reducing the number of hospital visits by an impressive 50% in their pilot year alone. When it was my turn to be hosted by the ILC as part of my visit to Japan, it felt like meeting up with old friends.

On the surface, we might seem like two very different countries, but when you reflect more closely the UK and Japan actually have more in common than we think. Geographically, both are ‘island countries’ on the edge of a large continental landmass. Politically, both have constitutional monarchies and both have a closer relationship with the USA than their European or Asian neighbours. And population-wise, both countries are ageing societies which, although this is more acutely observed in Japan, means that both countries are facing significant pressures on their health and care systems.

Japan is also experiencing a declining birth rate which is resulting in what they call a ‘piggy back’ situation; essentially meaning that where previously there have been two working age adults to support one older person, there will soon only be one working age adult to support one older person, meaning economically it is more crucial than ever before to ensure that the right provisions are being put in place accommodate for this.

Whilst the problems are similar in both countries, we are tackling them in different ways. For example, the Japanese health and care system has yet to make use of social prescribing, something that has increased in popularity in the UK as a way of addressing the ‘non health’ needs that were often raised by patients when they went to their GP. This was something our Japanese delegates were especially keen to hear about. Also, unlike the UK, the voluntary sector is very different in Japan and they don’t have large national charities providing services and support. A talk by Bexley councillors, commissioners, and people working for the Bexley voluntary service council, explained to the delegation from Japan about the massive impact that even a small charity could have in terms of the support it provides to vulnerable people.

Instead, Japan has the Long Term Care insurance system, introduced in 2000, and which everyone pays into from the age of 40 and as such a range of different models of community based care have been funded to support people in he own homes and communities. I have been fortunate enough to witness some of these initiatives first hand, such as the Silverwood Ginmokusei in Chiba Prefecture, the closest I’ve seen to a true alternative to a residential care home, providing accommodation for older people, many of whom have dementia and care needs, centred around a community space and an appealing restaurant, literally jutting out into the community. Residents work in the restaurant and sweet shop, and members of the community regularly drop by for lunch and the primary school kids drop in after school on their way home.

I also visited what is described as a small-scale multifunctional nursing home called Okagami in Kanagawa Prefecture. It provides support for people who have care and nursing needs but want to keep on living in their own homes. The facility looks like a family home in a residential area. There are six small rooms around a communal area. The clients can receive a range of support from a short stay in one of the six rooms, taking part in a group activity at the day centre, using the bath or receiving care and nursing support at home. The real benefit of this kind of facility is the flexibility it brings. Some people register as clients but only use the home care service or day care service. One client is over 90 and wants to continue living on her own in her own home, but she feels a bit nervous about it, so stays overnight at the centre from Monday to Friday and goes home at weekends. Many people use this facility as a safety net. It’s there for them in case they need it and it can respond flexibly to their needs. I didn’t imagine that I would see something that could support people with such severe care and nursing needs to continue to live in their own homes. There is no doubt that if it wasn’t for Okagami, many of these people would need to be in a care home. 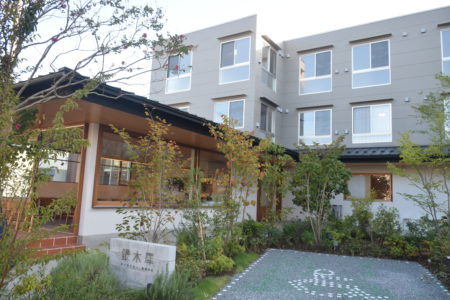 There are many similarities in our approach as well. Professor Yoko Matsuoka from Kasei University in Tokyo eloquently described the paradigm shift in thinking in both countries, as moving from an approach of ‘doing for’ and ‘providing services’, to ‘doing with’ and generating solutions with the community. Both countries understand that older people themselves have a wealth of experience and skills which can they can contribute to support people to age well.

It is really fascinating learning about the Japanese health and care system, and how they are not only coping with, but embracing their “super ageing” population. Next week I will be leaving Japan for New Zealand to start the second leg of my Fellowship, which has one of the highest proportions of older people living in retirement communities in the world. I am particularly interested in why New Zealanders choose to move into a retirement village community and what their expectations are of these initiatives.

The Churchill Fellowship slogan is ‘travel to learn, return to inspire’. I am learning so much about alternatives to long term institutional care for older people on my travels and am looking forward to sharing what I’ve learn when I get back. It would be fantastic if we could adopt some of these good ideas from overseas in south London. After all, as an Academic Health Science Network, we are in a good position to try something new.

Read more about Rebecca’s experiences in Japan and New Zealand by signing up to her blog.