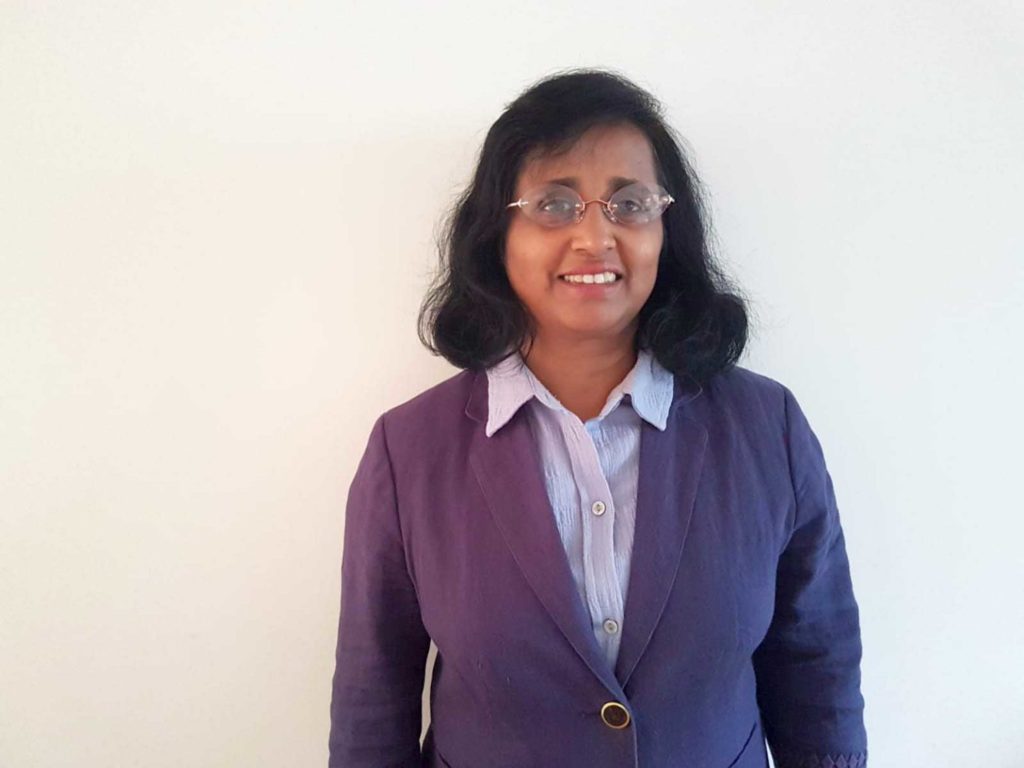 We are delighted to support Rekha Govindan from Chegworth House, Sutton. She was nominated for the Patient’s Choice category of the RCNi Nurse Awards. Read about the story below.

A patient – who was told there was little that doctors could do to save his life – has miraculously recovered thanks to the devotion of a care-home nurse.
Rekha Govindan, a nurse and manager at Chegworth Home, in Sutton, did not give up on the male patient after he was discharged from hospital with a fatal 15-cm stomach wound.
Doctors told the patient he had just weeks to live after the wound would not heal, became infected and stopped him from eating and moving around.
But the bleak prognosis did not deter nurse Rekha. Instead she set about putting together nothing short of a ‘miracle’ care plan and soon the patient, who wants to remain anonymous, began responding.
The patient explained: “With her skill the wound began to heal and I could take off the dressing and then I finally got rid of my catheter bag.

“They filled me with hope and made me want to fight and not to die. I was on my death bed, but now I am living a happy life.”Patient, Chegworth Home

“With her focus on nutrition, I put on weight. I was so thin and frail before. The team helped me to get back on my feet and walk again. “

After six months of Rekha’s dedicated nursing skills the wound finally closed-up which meant the patient was able to eat, put on weight and finally leave the care home altogether and return to normal life.

He added: “They filled me with hope and made me want to fight and not to die. I was on my death bed, but now I am living a happy life.

“Rekha and her team even helped me to find accommodation once I was better, on the coast where I am living now.”

Rekha said she was delighted to be nominated as one of only six exceptional nurses in the category of ‘Patient’s Choice’.

“This has been one of the most complex cases in my 17-year history of working in the nursing home.

“I hope this story goes some way to highlight, often among controversy, the expertise, skill and dedication that care homes are providing.”

The winner will be announced at a virtual awards ceremony Thursday 8 October 8pm and the team at HIN wish her the ‘best of luck!’

Did you know our work supports care homes and care home managers across south London?