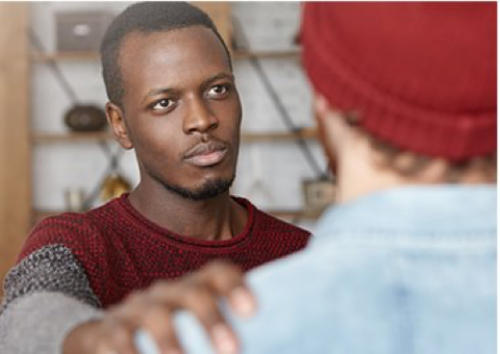 Aileen Jackson, our Head of Mental Health, reflects on her involvement in a new national digital suicide prevention resource funded by the Department of Health and Social Care

Having spent the last few decades working extensively in the health and social care sector, I have seen first-hand the effect that use of certain language can have in particularly sensitive situations. The language used to describe suicide is often regarded as wholly negative and this was brought to light again at our recent stakeholder engagement workshop, where I was challenged on the term ‘zero suicide’.

The man who posed the challenge, like some people with enduring mental illness, lives with suicide ideation. He felt that the ambition of ‘zero suicide’ furthers the stigmatization he already experiences. The harmful thoughts he explained are very much part of his mental illness and, as such, won’t just go away.

The workshop in question was part of a national engagement and research project I was involved in as part of my role at the Health Innovation Network. The project, commissioned by the Zero Suicide Alliance (ZSA), was designed to find out what professionals need to know about preventing suicide and what information is already available online to assist them. The purpose of both tasks was to inform a new digital suicide prevention resource funded by the Department of Health and Social Care.

Worldwide close to 800,000 people took their own lives in 2018, and suicide is the second leading cause of death among 15 to 29-year-olds and still the biggest killer for men under 50. Every week, 12 Londoners lose their life to suicide. It does not take much imagination to work out how many others are affected by each life lost. Zero Suicide is an ambition being adopted around the UK and the world, and the Major of London announced his support for Zero Suicide in September on World Suicide Prevention Day.

What we are learning

The project has taught us several things. Firstly, it showed us how passionate people working in this field are about knowing more about suicide prevention. People want to be trained, to know how digital apps and research are contributing to this area of mental health, and what best practice is out there and ready to share. Perhaps most simply of all, people want to be able to know what to say if someone they encounter is suicidal.

Our research also demonstrated there are plenty of good quality national and international examples out there to support and equip professionals to build their suicide prevention toolbox. The responses demonstrated there is a need for a national suicide prevention ‘go to’ digital resource to inform and support the full range of professionals; NHS, police, fire, social care, unions, private and third sector that work so tirelessly to prevent suicide.

On a personal level, I learnt that many of us have first-hand experience of suicide, which we seldom speak about. All the learning from our project has been provided to ZSA and is informing the content and design of a new digital resource, which will be made invariably stronger by the open, honest and brave contributions that everyone involved throughout the process has made.

To learn more about this project please email hin.southlondon@nhs.net.

Thank you to all of you who contributed so openly, you inspired us to complete this work on your behalf. Thank you to the man who had the courage to challenge us at that first workshop. You opened my mind to the life that you and your peers live, you stayed and joined in despite your anger and upset. I believe by the end you were uplifted, like me, by the sheer number of professionals in the room from all different services that wanted to understand more about how they can be better equipped to prevent suicide. By engaging with the topic, sharing your experience and your viewpoint, you helped us to ensure the experience of others like you is captured and considered.

And thank you to those colleagues who bravely shared their personal experiences of suicide. I hope you have been helped through hearing some of the other sad stories of loss, which were presented so eloquently and courageously at our workshops around the country.

Suicide touches the lives of so many of us in some way, either through relatives or friends, or through living with suicidal ideation as part of a mental illness. What we’re not always able to do is talk about it. I believe if the Zero Suicide ambition helps even more people affected to find the words and forums to talk about it, is an ambition worth pursuing.

Help us to achieve our Zero Suicide ambition

The Health Innovation Network has joined with the ZSA in its support of the Major of London’s Zero Suicide campaign. You can learn more about preventing suicide through free Save a Life training.

The aim of Save a Life is to #See #Say #Signpost

Take 20 mins now to Save a Life, access the training here.

Thank you to King’s Health Partners for supporting our suicide prevention engagement work and to the Zero Suicide Alliance for the opportunity to contribute to the design and content of the new national digital suicide prevention resource.

This piece was originally published on 10 October 2019 on kingshealthpartners.org 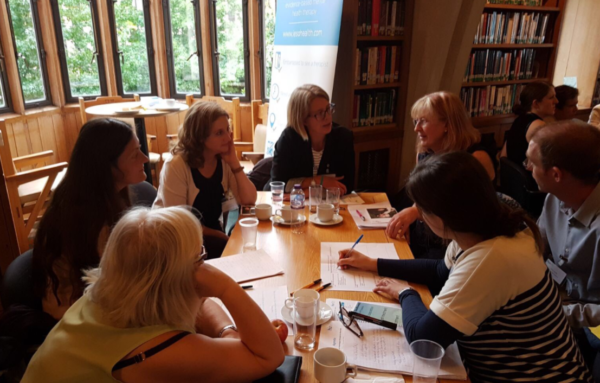 We all need to do more to recognise older adults who may have depression and anxiety; older adults engage well with IAPT (including digital IAPT interventions) and most importantly they recover well, evidence shows that the recovery rate of older adults is better than working age adults. These were the key messages given to a capacity audience at the recent Health Innovation Network’s Improving Older Adults Access to Psychological Therapies (IAPT) event which took place on 19 September. All these points seem relatively simple, so why can’t we quickly fix this problem?

It seems everyone has a part to play, we should not be treating older adults as a homogeneous group 65 – 100 years old is a large age span and perceptions and needs will be different.

The third sector, housing and social care organisations have significant role in facilitating referrals to IAPT and ensuring older adults are aware that depression and anxiety can be resolved through talking therapies. We should encourage older adults to share their experience of IAPT and we need all to listen. IAPT services need to train their staff to work with this large older adults age range and liaise more closely with their secondary mental health colleagues particularly the memory service who are diagnosing people with dementia.

Finally, our very busy GPs who are often the gateway to supporting referrals to IAPT services. Think always that chronic health conditions go hand in hand with mental health issues, don’t just refer the physical issues, address both mind and body to make sure the older adult is enabled to maximise independence and live a happier life.