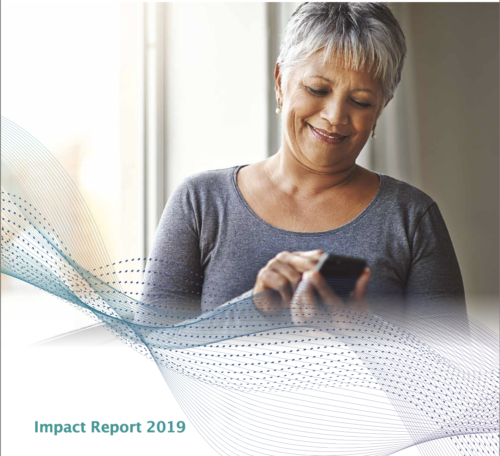 DigitalHealth.London have launched their impact report confirming they are speeding up digital innovations across health and care in London, creating jobs and saving millions of pounds for the NHS. This supports the objects of the Government’s Long Term Plan to make digitally-enabled care the mainstream across the NHS.

The DigitalHealth.London Accelerator is a flagship programme delivered by DigitalHealth.London to fast track innovations into the NHS and support innovators navigating the NHS system. Around 20-30 companies are selected onto the Accelerator programme each year and are given bespoke mentoring, training, networking opportunities to develop their business. This collaboration and support also enables the fast spread of cutting edge innovations into the NHS to benefit patients and support NHS staff. The Accelerator companies range in size when they begin the programme, from a single founder working on one product, to companies with in excess of 30 employees.

Eighty-five percent of companies to have been on the Accelerator programme who participated in this report, reported an increase in their staff numbers. Of the additional jobs created by companies on both the 2016-17 and 2017-18 programmes, 30.3 percent (141) are attributed to their involvement in the DigitalHealth.London Accelerator. A total of 467 new jobs were created between August 2016 and November 2018.

“Anything we achieve as a company is in some way down to, or connected to, working with the Accelerator.” Elliott Engers, CEO, Infinity Health, Accelerator cohort 2017-2018

Over £64 million of investment raised by Accelerator companies

“The DigitalHealth.London Accelerator is saving millions of pounds for the NHS while stimulating economic growth in the health care industry.  It supports innovations that will change the lives of patients, support NHS staff and create jobs.” Tara Donnelly, Chief Digital Officer of NHSx

The work of Accelerator companies has resulted in almost £76 million in savings for the NHS, with just over a third of this (£24.8 million) credited to the Accelerator’s support, based on information self-reported by companies involved. A conservative view that 50 per cent of the NHS savings attributed to the Accelerator are actually being realised, given that the Accelerator programme is 50 per cent supported by AHSNs (the innovation arm of the NHS) and their partners MedCity and CW+, the Accelerator programme has a return on investment of over 14 times: for every £1 spent by the NHS (via AHSNs) on the DigitalHealth.London Accelerator, £14.60 is returned, in some way, through the implementation of a digital solution. Some of these savings are made in efficiency gains, for example finding more efficient ways of supporting patients to manage their own health conditions, whilst others may help reduce inappropriate urgent care attendances by providing easier access to GP services.